Vicarsford Cemetery - The Lairs & the Stones 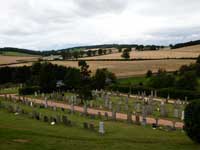 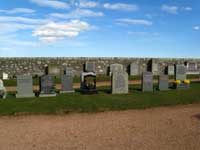 Purchasers of Lairs and some Gravestone Insctiptions

This is a listing of all the lairs which have been purchased, to which has been added a listing of the key details on some of the stones and a few photos of them.

For each lair, the surname of the purchaser is given. Lairs which have not yet been purchased, or which are not available for sale, are not listed here. Lairs were frequently bought in pairs, sometimes in multiples. The information has been taken from a copy of the Cemetery Lair Plan kindly provided by Alan Reid.

The inscriptions are those that were visible in 1992-3, plus a few more recently added. For most of the stones, the text here is not a word-for-word transcript; however if a photo has been taken then the full text is given.